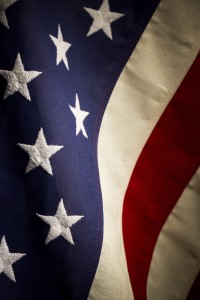 The Midterm elections – which include the entire House of Representatives and a third of the Senate – take place next year. There will also be a significant number of Governorships up for grabs in those elections too. Mid terms elections are usually times when incumbent parties get screwed badly. Last time in 2010 that cost the Democrats dear – not only control of the House but control of the process of redistricting which has created a pretty much Republican proof majority in the House until 2020.

Yesterday did however see three significant elections: the mayoralty of New York City and the Governorships of New Jersey and Virginia – the Old Dominion.

There are three very significant results. First for the Republicans – Chris Christie the avuncular, conservative and king size incumbent won his second term easily. He garners just over 61% of the votes cast leaving his Democrat challenger trailing on 38%. The big guy got his big win but by getting this win he becomes the establishment frontrunner for the GOP nomination in 2016. Though Christie is seen as a fiscal conservative in fact his positions on abortion and gay marriage are pretty much bang on in the beating heart of the right of the Republican Party. On the stump governors often do better in winning nominations for president than senators or congressmen. Christie is the man to beat from this point forward. The GOP right needs to find a single candidate this time – unlike the terrible mess they got into in 2012 when they could not settle on one clear alternative. They have roughly eighteen months to find this candidate.

Second, for the liberals, there is the election in New York of Bill de Blasio – who polled the death defying 74% of the vote. He is the first Democrat since 1989 to be elected Mayor in this quintessentially Democrat city. Already the Republicans are clapping their hands – believing he is the US equivalent to Ken Livingstone in the 1980’s. Over here other right-leaning political cassandras are speculating as to whether his election is sign of a major shift in urban political priorities – back if you like passed the Clintonian Settlement with capitalist markets known as the New Democrats ( which Blair emulated with New Labour) to something more shall we say New Deal. That being the case it appears the NYC rich have voted for this as much as the poor – De Blasio carried all the swanky districts of Lower Manhattan. I merely caution –  one swallow doesn’t mean you’re any good at fellatio. Much of how De Blasio is regarded will turn on how well he does. Mayor Bloomberg was many things but he ran things competently – that always most in politics.

Thirdly, we have the predicted but none the less significant victory of Governor-elect McAuliffe in Virginia. Terry McAuliffe is a big friend of the Clintons. He ran Hillary’s senate campaigns. Hillary spoke on the stump for McCauliffe. It is widely recognised although he raised plenty of money he was a weak, non-telegenic apparatchik-like candidate. Even so the once solidly Republican Old Dominion – part of the Confederacy – could not win here. Not only was this not just about the governorship – where McAuliffe was faced by the pretty unelectable Tea Party Cucinelli, the Republicans also lost the Senate, the Deputy Governorship (by a wide margin) and any number of other elected state offices. This is the first time since 1973 Virginia has elected a governor from the incumbent party holding the White House.

If Hillary Clinton can hold the Virginia electoral votes in the Democrat column she would be within 10 votes of the presidency – before looking at all the swing states. And it looks as if in Virginia, Colorado and New Mexico the demographic is moving steadily against the Republicans – in much the same way it has along the Eastern Seaboard, New England and the Western Seaboard. This statewide sweep for democrats in virginia bodes ill indeed for the GOP.

ON LGBT matters, never far from the centre of america’s debate about what sort of society it wants to be we have Mayor Annise Parker, Houston’s first lesbian mayor, winning a third term in Houston’s mayoral race. This will be her final term in office. Even it seems Texas isn’t as simple as it once was.

I understand the ten counties of Northern Colorado voted down no in their referendum to seek statehood independently of the rest of the centennial state. That means as far as I remember West Virginia as the only state to secede from another larger state and be given statehood in the Federal Union. That was in 1863 over the issue of slavery.

All this will be revisited in fall next year when the larger mid term elections take place. Only after these will we really know if christie is to be a candidate and if Hillary will be persuaded to run in 2016.